Myalept is a Once-Daily Subcutaneous Injection

Based on clinical response (e.g., inadequate metabolic control) or other considerations (e.g., tolerability issues, excessive weight loss [especially in pediatric patients]), Myalept dose may be decreased or increased to the maximum dose listed in the table above.

See Instructions for Use for more information on conversion of Myalept dose to unit measurement for injection.

In patients at risk for hypoglycemia

In patients at risk for pancreatitis

Healthcare professionals should provide proper training to patients and caregivers 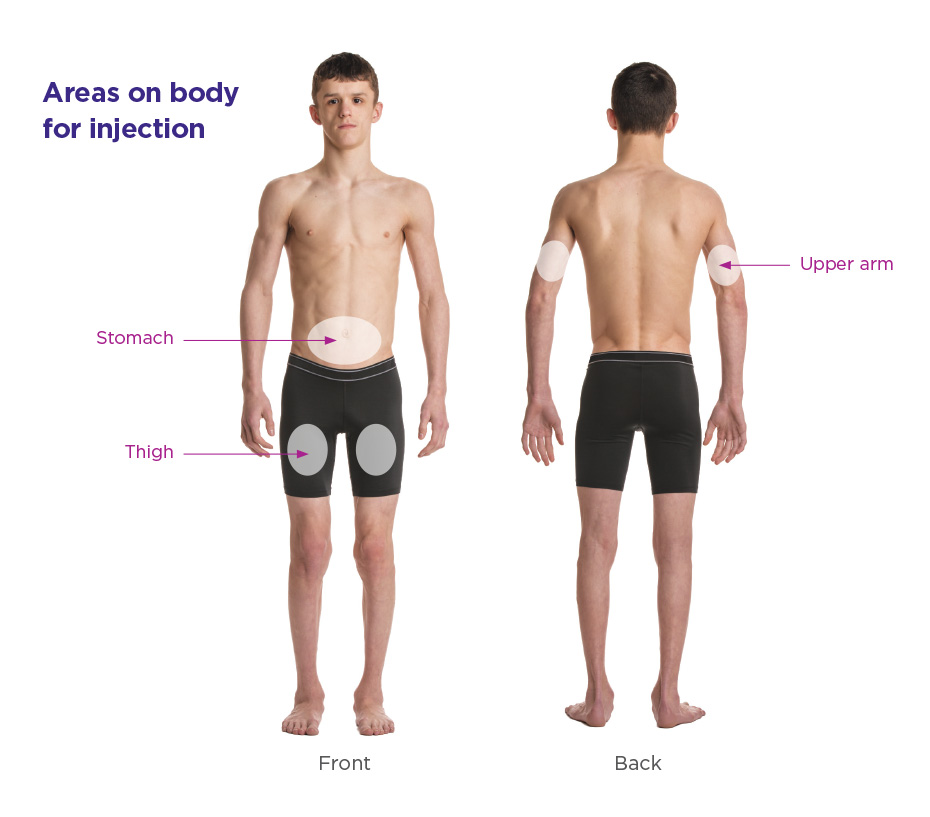 INDICATION: MYALEPT® (metreleptin) for injection is a leptin analog indicated as an adjunct to diet as replacement therapy to treat the complications of leptin deficiency in patients with congenital or acquired generalized lipodystrophy.

WARNING: RISK OF ANTI-METRELEPTIN ANTIBODIES WITH NEUTRALIZING ACTIVITY AND RISK OF LYMPHOMA

Anti-metreleptin antibodies with neutralizing activity have been identified in patients treated with MYALEPT. The consequences of these neutralizing antibodies are not well characterized but could include inhibition of endogenous leptin action and/or loss of MYALEPT efficacy. Severe infection and/or worsening metabolic control have been reported. Test for anti-metreleptin antibodies with neutralizing activity in patients who develop severe infections or show signs suspicious for loss of MYALEPT efficacy during treatment. Contact Amryt Pharmaceuticals DAC at 1-866-216-1526 for neutralizing antibody testing of clinical samples.

Because of these risks associated with the development of anti-metreleptin antibodies that neutralize endogenous leptin and/or MYALEPT and the risk for lymphoma, MYALEPT is available only through a restricted program under a Risk Evaluation and Mitigation Strategy (REMS) called the MYALEPT REMS PROGRAM.

CONTRAINDICATIONS: MYALEPT is contraindicated in general obesity not associated with congenital leptin deficiency. MYALEPT has not been shown to be effective in treating general obesity. The development of anti-metreleptin neutralizing antibodies have been reported in obese patients treated with MYALEPT. MYALEPT is contraindicated in patients with prior severe hypersensitivity reactions to metreleptin or to any of its components.

Cases of progression of autoimmune hepatitis and membranoproliferative glomerulonephritis (associated with massive proteinuria and renal failure) were observed in some patients with acquired generalized lipodystrophy treated with MYALEPT. A causal relationship between MYALEPT and the development and/or progression of autoimmune disease has not been established. Carefully consider the benefits and risks of MYALEPT treatment in patients with autoimmune disease.

You are now leaving Myalept.com to view another Amryt Pharma website.